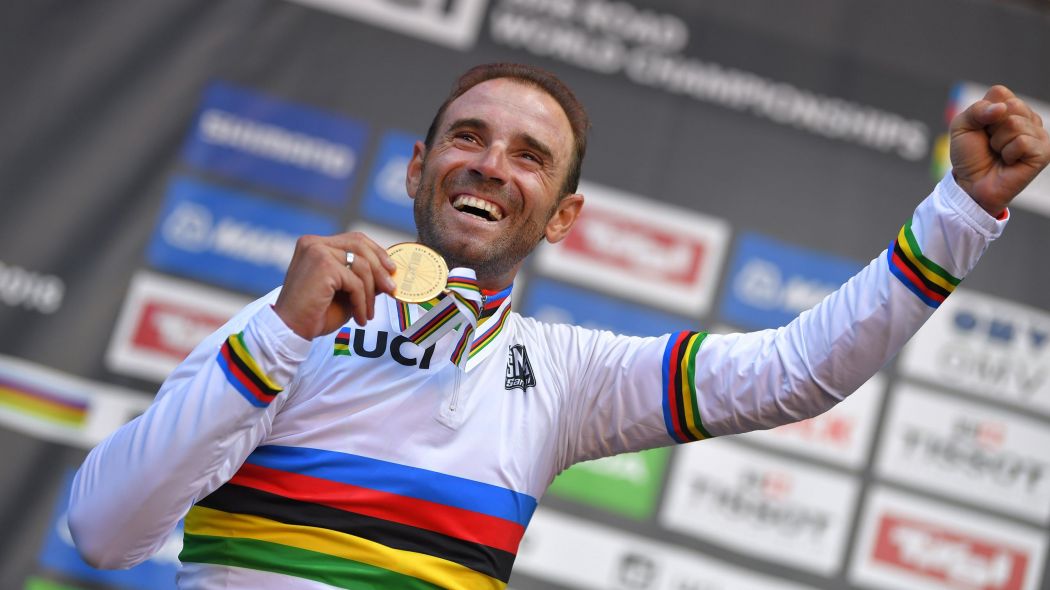 The UCI has confirmed it will create an eSports World Championships and draw up rules for virtual cycling races, for digital platforms such as Zwift.

The popularity of virtual cycling/running platforms has skyrocketed over the last few years, thanks to applications like Zwift. However, virtual bike racing has yet to match these figures. 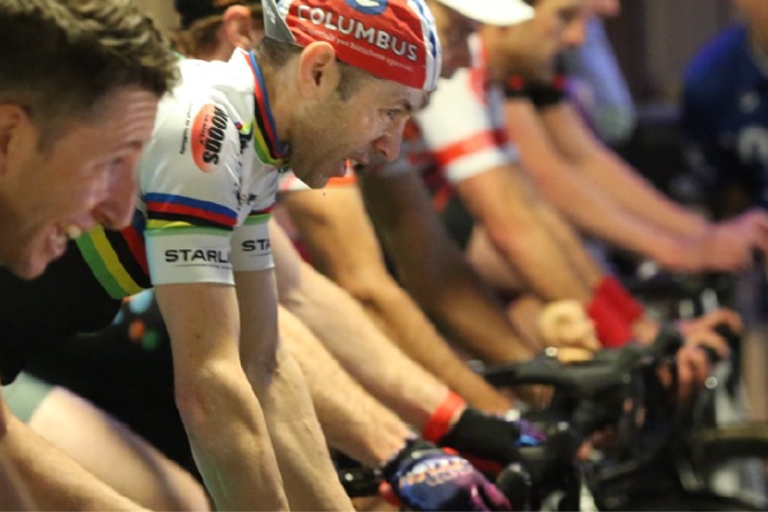 Will an eSports World Championships rival the IRL event?

As of 2015, the combined eSports audience for all eSports events (not just virtual bike racing), totalled to 226,000,000. The current number of spectators viewing virtual bike races will be significantly less than that of the recent IRL version, however, the popularity of eSports is growing at a considerable rate. 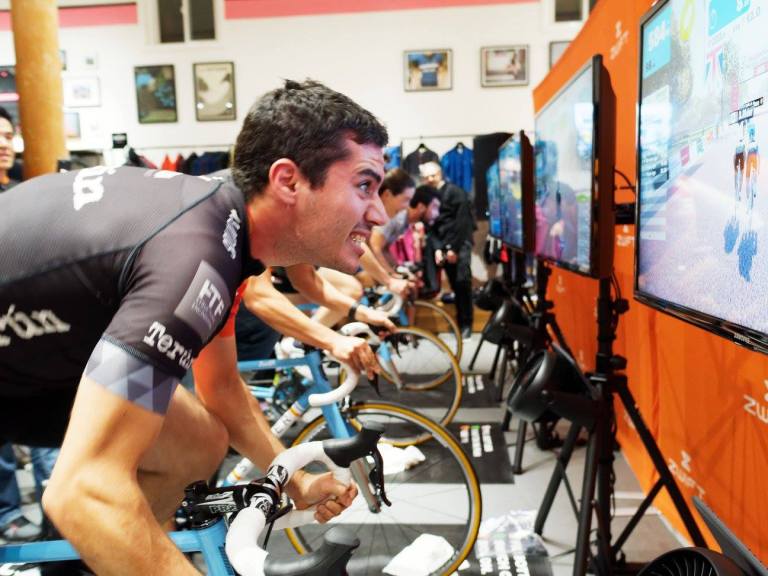 The 2015 figure is estimated to have grown by 89% to 427,000,000 by 2019. The increasing availability of online streaming media platforms, such as YouTube, Facebook and Twitch.tv, has become central to the growth and promotion of eSports competitions.

If TV Stations such as Eurosport stream live coverage of the UCI eSports World Championships event (and I don’t see why not), the number of spectators will notably increase. From a viewership-perspective, an eSports event may rival the IRL event in the not-too-distant future.

The number of eSports spectators spectating the event in-person will unlikely match the outdoor version:

The viewers’ experience of world-level bike racing will be enhanced in a number of different ways:

Is Zwift capable of delivering an eSports World Championship?

Zwift created a virtual copy of the 2018 Innsbruck World Road Race Championship course (which is stunning – huge credit to the Zwift team), releasing the course a couple of months prior to the start of the IRL World Champs. Competing riders took advantage of the virtual version, recceing the Austrian roads (along with thousands of other Zwifters) from the comfort of their own homes before tackling it IRL. 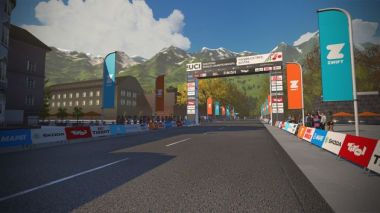 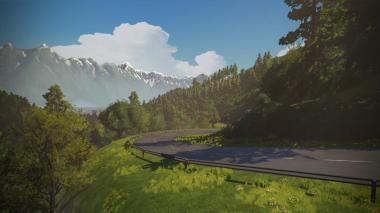 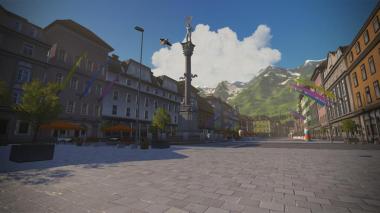 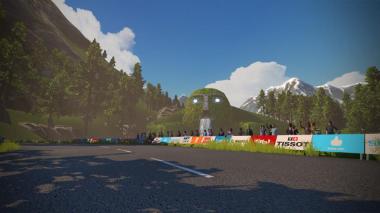 The capability of virtual platforms like Zwift, to create and deliver events on a grand-scale, should not be underestimated. 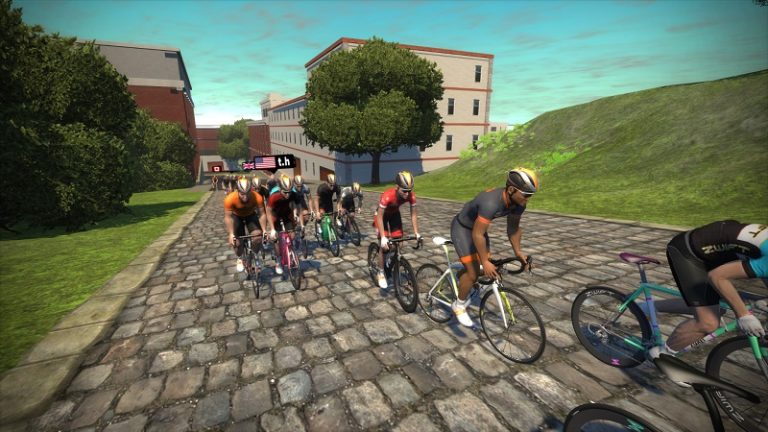 Fast-forward to September 2019, and Zwift has released a fantastic reproduction of the 2019 UCI Yorkshire World Road Race Champs course (the Harrogate circuit) – complete with fields of sheep, tractors, and Yorkshire folk. 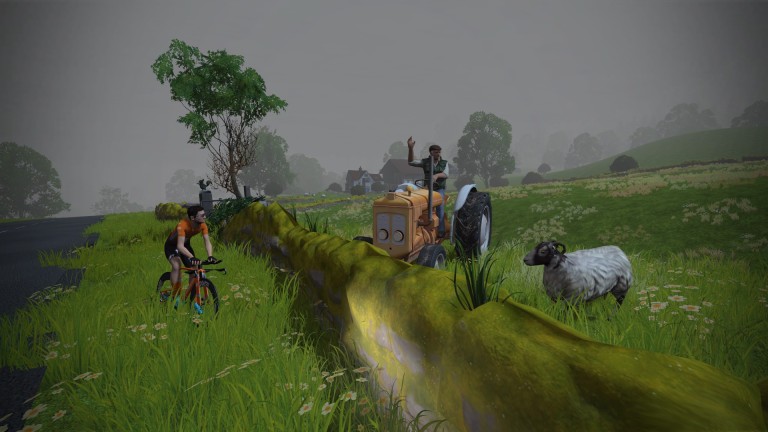 I have been a member of Zwift since Autumn 2015, and have witnessed its growth first-hand. The platform is continuing to excel, deliver and expand, satisfying and attracting customers on a daily basis. The capability of the platform/software itself is superb, and combined with the attitude and mentality of the team at Zwift HQ, makes me certain Zwift would be able to deliver a magnificent eSports World Championships.

The UCI – Their opinion on eSports

It is not yet clear when an eventual UCI esports World Championships would be held, and what the format of the racing would be, but the UCI is keen to be involved.

David Lappartient, UCI President, is optimistic about the future of eSports (credit to Cyclingnews):

“We’ve created the e-MTB world championships, with the first held in Mont-Sainte-Anne, Canada in 2019 but eSports is something else. We’re very interested in virtual sports as well as traditional outdoor racing.

We’re looking to the future of every of aspect of cycling and so were keen to help virtual cycling develop. We want to ensure that happens properly by creating some clear guidelines and rules, including anti-doping rules.

Cycling as an esport is different to many other sports because it’s not virtual, you have to push on the pedals, so it’s a real physical effort. We could one day see Peter Sagan competing in esport races. I think that would be great for cycling.”

As with all other UCI events, guidelines and rules will be enforced, including anti-doping rules – the playing field will have never been so level.

Problem: Virtual bike racing experience – or the lack of

Professionals who use digital platforms like Zwift as a part of their training/recovery will have familiarity with such software, and would probably be more inclined to race an eSports event compared to riders who have never ridden virtually.

However a number of professionals will have not yet ridden on platforms like Zwift. Being aware of the racing tactics, in-game features (such as power-ups) and how racing typically unfolds in applications like Zwift is crucial to delivering a winning performance. Although riders may not need a top-end bike, team car and equipment to race virtually, a considerable amount of money must be spent on the necessary equipment to train and practice on platforms like Zwift.

As mentioned above, training and practising virtual bike racing will require the necessary equipment to do so, which comes at a price. The expenses of travel and accommodation will also likely stay-put, as riders will probably compete side-by-side. Nevertheless, sending a team to an eSports World Champs is going to be a fraction of the costs of sending a team to the real World Champs:

Furthermore, the probability of crashes and mechanical faults will effectively be reduced to zero.

“But wouldn’t that make it more exciting?”

I don’t think anybody watches cycling for that kind of excitement. Taking place indoors, the eSports World Champs could take place at any point throughout the year, regardless of weather conditions.

Professional cyclists – Their view on eSports

The professionals have mixed views on virtual bike racing. Here are a few opinions I could gather (credit to www.velonews.com):

“I don’t really think I’d be into doing that because it’s just so different than racing outside. It would essentially just turn into the strongest guy winning all the time if it’s just based off power.”

“For me, the main point of riding bikes is to get outside and explore new places, so a virtual competition doesn’t immediately appeal to me. I’d consider doing it just for the challenge, I guess.”

Advantage: a new world of racing for you and the pros – the cascade

I spend around £1,000/yr in race fees alone, due to the need for marshals, road closures, signage and insurance – these costs are not incurred in eSports.

Once the rules have been established, eSports events can quickly and easily cascade down to continental, national and regional levels.

Virtual bike races can adhere to the UCI rules and regulations for virtual racing, allowing for a whole new realm of racing to develop. We could see the rise of a National eSports Series, for example. Different racing categories, leagues and championships could easily be set up, based on age, location, or any other variable!

From a time and money-perspective, you will be able to race from your own home; there will be no need to travel to and from races. Not only will you save time, but money (fuel, for example)!

eSport bike races have already been held and broadcast online, drawing an ever-growing virtual audience of fans. The CVR World Cup Series for both men and women was held this year, for the second year in a row. The final race was held in Vancouver, with donations creating a prize pot of over $50,000. World champions, former WorldTour professionals and current pro riders battle it out for big cash prizes, and of course, the honour of winning! 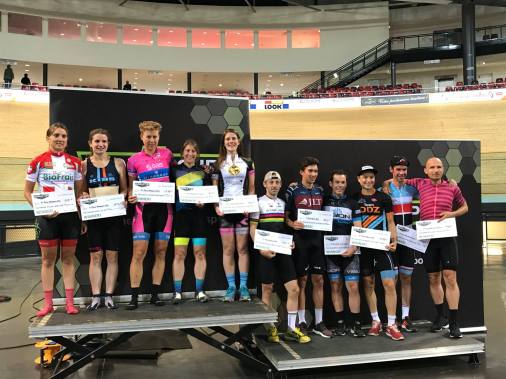 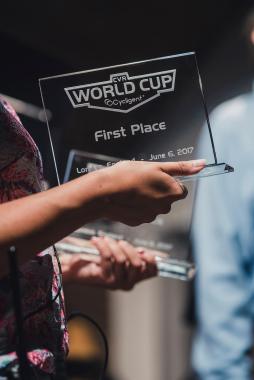 In addition to the CVR World Cup Series, Tacx have capitalised on the virtual platform and have hosted their own World Championship events. Previous racing formats have been a road race for both men and women, along with a Team Time Trial (TTT) – I placed 3rd in the Men’s TTT representing GB, in 2016.

If you’re looking to win a Zwift race, check out my guide on how to do so: https://chrisdurham.me/2017/02/24/mastering-zwift-racing/

Although virtual bike racing has some way to go to match its IRL counterpart, its trajectory is very much positive. The ever-increasing popularity of eSports and digital platforms like Zwift, which allows your average club rider to ride with WorldTour Professionals, is proof of cycling’s evolution as a sport.

However there are some problems that need to be tackled, of which the most notable is the cost of training equipment. Reducing this will allow most/all competing riders to practice virtual bike racing, gain experience and produce a more-level playing field.

You may still have your doubts about a UCI eSports World Championships – and I don’t blame you – this has never been done before. However, who doesn’t want to see WorldTour pros battle it out? We all love to see WorldTour pros going head-to-head in a bid to win, and with another opportunity to wear the coveted Rainbow Jersey, I am certain they (the pros) will all be champing at the bit!

Getting to see the likes of Sagan and Cavendish fight for victory on virtual roads that I can ride on, and maybe race alongside, is pretty cool.

As always, please let me know your thoughts in the comment section below.

If you’re looking to get into Zwift, check out my guide on how to get started: https://chrisdurham.me/2017/12/10/zwift-how-to-get-started-and-make-the-most-out-of-it/

Keen to find out what Zwift may have up their sleeve? I have compiled a few thoughts as to what Zwift might introduce in the next few months/years: https://chrisdurham.me/2018/03/18/the-future-of-zwift-whats-next/