In life, there’s risk, and there’s recklessness. And risk is always okay, risk is always meant to be pursued. But recklessness is really dangerous and really stupid and should always be avoided. When visualised as two lines, the two are really close and from afar, they are very hard to tell apart.

This story is the time of when I crossed the line from risk into recklessness, and is probably the only time in my life so far, where I’ve completely lost control.

I’m a pretty big fan of the sea. I’ll often fly straight into the water with my bro, and we’ll swim out to get to the waves where we try our best to mimic the likes of Amaury Lavernhe (a bodyboarding pro). We have a lot of fun, whether we catch good waves or not. The water is super cold as usual (We bodyboard in the UK), so staying warm is a must.

We decided to visit Wales for the first time this summer – We hadn’t visited Wales before, and we were kinda doing a little tour of the UK (We had already done two trips to Cornwall and Scotland this break). We brought our bodyboards with us, because the surf forecast for parts of the Pembrokeshire coast looked relatively decent. During our second day in Wales, we visited the coastal village of Newgale, which features a pretty neat 3 mile-long beach, following a coastal walk around St. Davids: 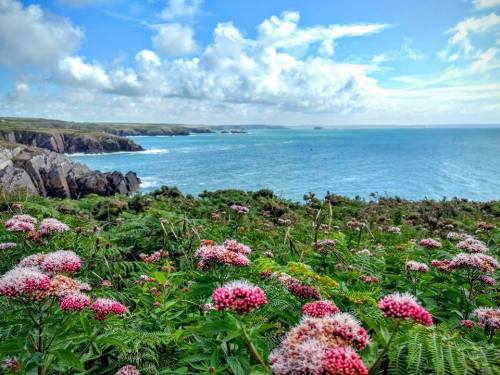 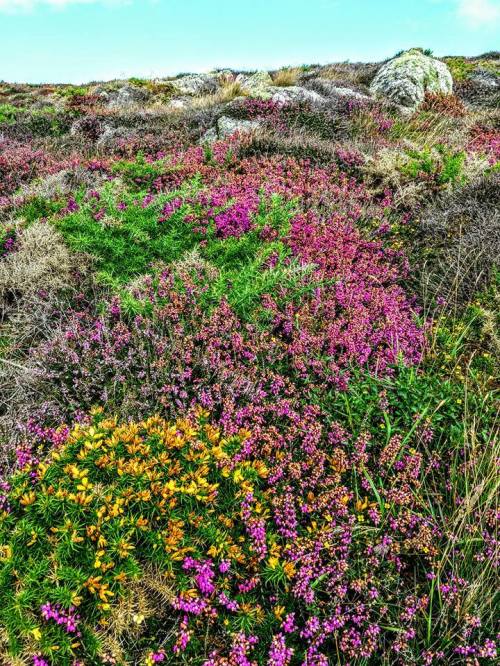 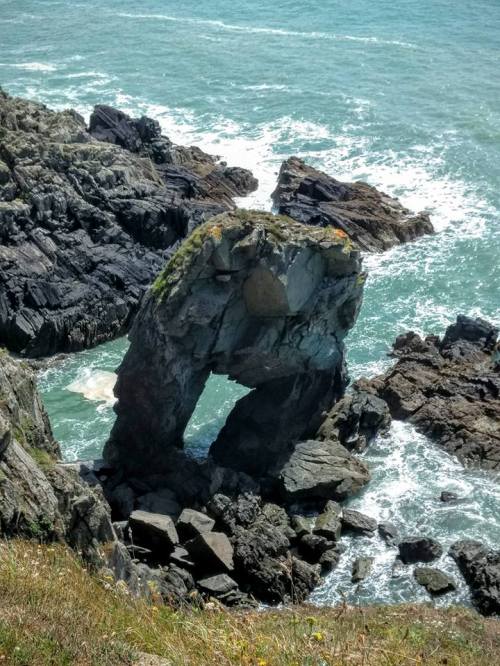 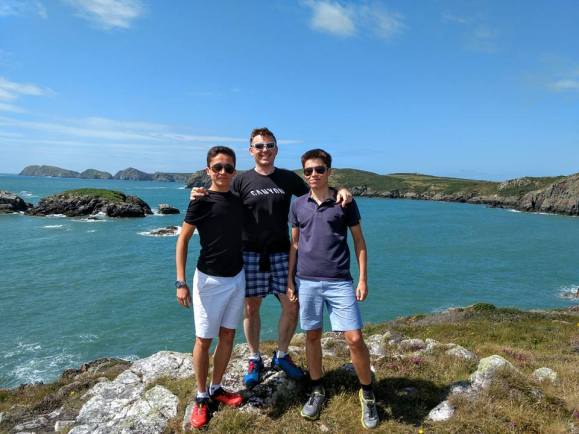 From left to right: Myself, my dad, and Michael.

We could see the waves breaking before we had even reached the village – They were massive, and breaking cleanly (no choppy water). I’d never been so excited to get in the water!! Quickly squeezing into our wetsuits, we nailed it down to the shoreline from which we hesitantly waded into the freezing water. The beach was very shallow in decline, so we had to wade a long way out into the water before we were at chest height.

The waves were breaking so far out, that they would break a second time before rushing into shore. Already at chest height, Michael and I had a real struggle to get over the second break. In fact, Michael decided to remain here and catch the smaller waves because the struggle was just too much. I decided otherwise, and pursued the big ones. After a good 15 minutes of battling, I won. I managed to get to the big ‘uns and they were genuinely MASSIVE. To me, they look like waves you’d find on a cover-photo of a surfing magazine. At least 8-foot in height, some of the waves must have exceeded 12-foot above sea level. Although I was in the big-wave area, I wasn’t quite in the right position to catch a wave; I was positioned at the point where the wave would smash the surface.

I had to duck beneath the wave a good 20 times or so in total, to avoid being swept back inland. I’d constantly forget that I was in pretty deep water, so after surfacing (following a duck), I’d try to touch the floor with my feet but I couldn’t because the swell had temporarily increased the water depth. Eventually, I found myself in the spot to catch a wave.

I caught my first wave, and got wiped out in style – Catching the very top of the wave, I actually fell down the front of the wave (in the air) because the wave was that tall. Tossed and turned over and over, it took me 10 seconds or so to get back up to the surface. I quickly encountered another wave, which I did managed to ride successfully! Bouncing uncontrollably in the wrath of the wave, the whitewater momentarily engulfed me, before I shot out of the wave at like 100mph 😉

Drowning in excitement, I quickly made my way back to the spot. With another wave approaching, I got on my board and began to swim, to pick up speed so I could ride the wave. I caught the wave, and got wiped out again. The power of the waves was utterly incredible – I struggled to work out which way was up following this third wave, but quickly surfaced. To my massive surprise, I’d lost my bodyboard. The wave was so powerful, that it had snapped the tether between my arm and the board.

In panic (more due to the fact I’d lost my board), I began to hyperventilate. Looking for my board, I forgot that the big waves were still coming inshore (duh), and was unexpectedly swamped. Tumbled over and over, I rose to the surface in panic and faced shore. I began swimming inshore in an attempt to avoid being smashed by these waves, but I wasn’t making any ground. The backwash of the waves was pulling me back, and I couldn’t overcome this. So, I ended up in a vicious cycle of being swept out, then thrown back in. Swept out, then thrown back in. Without my board, I felt heavy. I had relied out my board much more than anticipated, and after a good 40 minutes in the sea, I was really beginning to tire. I was truly worried that I wouldn’t be able to get back to shore, and I’d die from drowning due to exhaustion.

I’d consider myself to be a pretty strong swimmer. I’ve attended many swimming sessions with my local Quadrathlon club (LincsQuad) before, and I was perfectly capable of swimming up to 3km. However, I was out of control – I did not have the power to change the situation. So, I signalled for help. I signalled for the lifeguard and frantically waved my arms about, but to no avail. I guess the lifeguards couldn’t see me due to the height of the waves, and the fact that I was like 300m offshore.

I would then be swamped by another unexpected wave, throwing my tiring-self about the seafloor of Newgale. I genuinely thought I may die, hence the signalling. I considered swimming far out to sea, clearing the waves, and then signalling, from which I may have a better chance of being seen. But being as tired as I was, I wasn’t sure that such a decision would have been sensible. Fortunately, I managed to get the attention of a surfer, who I swam across to. He kindly asked if I was alright, and I replied with: “NO, JUST GET ME TO SHORE’, in a weary and breathless manner. I thanked him as we got to shore.

Swaying side-to-side from exhaustion, I headed back to my parents on the beach, who didn’t actually see the ordeal going on, because I was so far out! My brother came running up the beach with another board by his side – My board! It had washed ashore, and some lady had picked it up. Reunited with my board, and my composure, I realised just how lucky I was. And just how powerful the sea was.

One thought on “The day I almost died”