A month of Personal Bests, KOMs and wins 🙂

My last Sports Day at Caistor Grammar School, I was simply aiming to enjoy the day (which I did). The hot weather pushed my first event, the 1500m, forward by a good half-an-hour and so, I was warming-up. Cheering my brother on, Michael finished 2nd in his race respectively; I planned to finish one place greater – 1st. Setting off, I ran into the lead with my competitors stalking. The crowd in the stands cheered all of us on, as we began to suffer. Entering the second lap, I began to feel the pain. My legs started to burn, and my brain started to moan with the thought of continuing this pace. By now, I had built a sufficient lead to win, but by how much would I win?

With half-a-lap remaining, I fired-up the afterburners and began the sprint. In oxygen debt, I crossed the line, and took a moment to breathe. My time was 4:50, a PB by 1 second!

Tired from having just done the 1500m, I was thrown in to the 800m. A fast race, I finished 2nd, pipped to the line in a sprint. Nevertheless, I was pleased with my performance. 4 x 100m relay would be the last race I would do. Placed 2nd leg, I did my part. We finished third 😀

‘Is the front of it spinning like a supercell?’ – David Durham (Dad) 🙂

This question touches upon the weather whilst waiting under the shelter of a tree from raging rain and whirling winds – A storm! Yay!

The ride to HQ was ridden in fine weather, but the storm soon to be over us lingered behind; the dark wall of water obstructed much sunlight reaching us. Arriving and signing on, I would be one of the last riders to set off. This ride would be my first with a disc wheel, so I was nervous to see how I would perform.

Setting off, I was pleased with my speed. The first mile was uphill, yet I averaged 27 mph. The second mile is noticeably hillier, and my average depleted to 25.4 mph at the tower. Swinging around the sharp corner, I launched out of the saddle, and blasted  along the next part of the course. Slightly downhill, I was pushing hard; my average speed was rapidly climbing. The first mile was fast: 30 mph average, clocking a max speed of 33.3 mph. Zooming around the s-bends, I slipped through the moist air, and averaged 29.0 mph for these 3.6 miles, bringing my average to 27.7 mph for the first 5.6 miles of the course!

The second part of the course is harder, or at least feels harder. The roads feel as though they drain away your effort, and along with fatigue, the next 4.4 miles are mentally and physically tough. My speed begins to slowly decrease, as I try desperately to maintain the high average speed. With around 3 minutes till I ultimately finish, I realise that I could be on track to breaking my personal best – 23:21. Approaching the final 1 mile, I begin to realise that I would break my past PB, but by how much? 5 seconds? 10 seconds? 20 seconds? Could I break 23 minutes? These thoughts flood my tired mind, and help to drive me on. 10/10 effort, I cross the line. Taking a minute-or-so to basically recover from the action, I realise that I had broken 23 minutes – I was ecstatic! I cross the road to the timekeepers, who reported a time of 22:44! I was (and still am) over the moon with my performance.

Visiting the same stadium where our school holds Sports Day, I came with the intention to break my PB, and to enjoy the day. With my race early on, I quickly warmed-up and prepared myself for the 1500m. I would have a little less support with there being less people I know there, but I had no other events to compete in afterwards. The starting-gun fired, and I was away. I dropped to the very back of the group almost instantly, as I was pacing myself. I was running comfortably in around 13th place. I knew I couldn’t run 1500m in 3 minutes, but I I knew I could run the distance at around 5:00/mile, and so I ran at this pace, if not, faster. Soon enough, my pacing worked and I was catching and passing my competitors. Entering the final lap, I passed another competitor to put myself 4th. Pushing hard, I began sprinting with around 200m to go, and passed another competitor in the final 50m to finish 3rd! Very pleased with my result, I finished with a time of 4:48 – A PB by 2 seconds 🙂

Our school also won the Championship for the sixth year running 🙂

The day started with a 12.8 mile walk around the Lincolnshire Wolds, with the rest of my school. The sun lasted for most of the walk, and the fun did too – Dodging sheep, chasing lambs, and running like a mad man down some of the steep hills the route has to offer 😀

The first part of the walk: 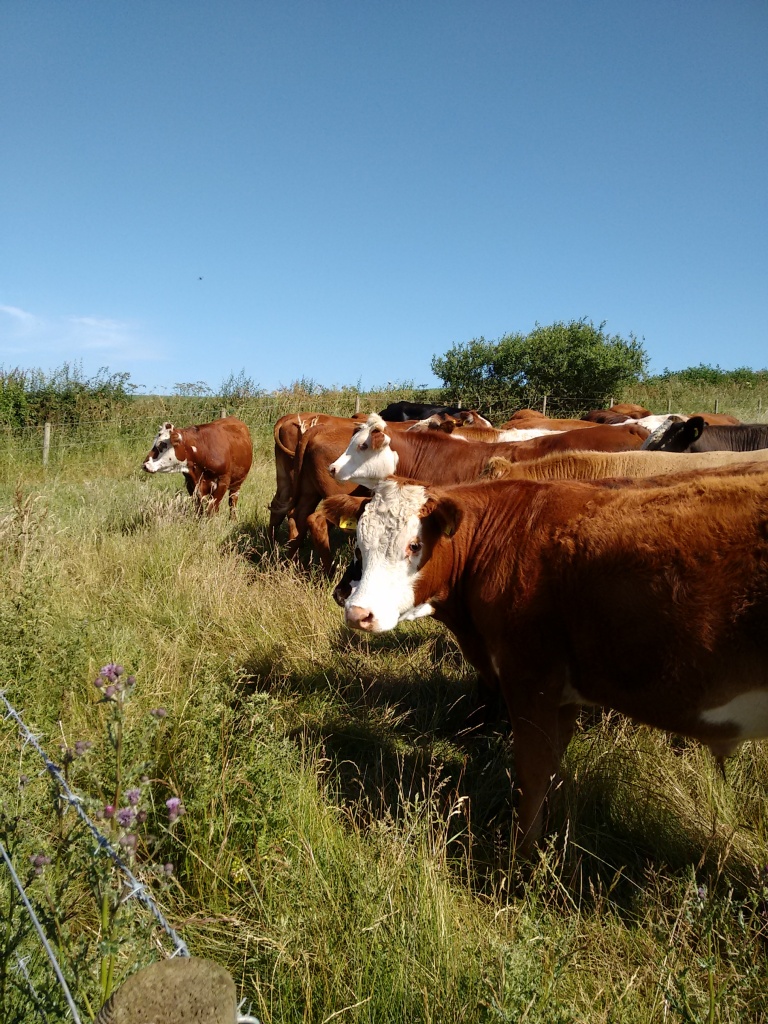 Fairly tired, I decided to race at Scunthorpe Track League in the same day! My first race of the evening was the 12-lap scratch. I started the race well, but quickly began to feel the effect of the walk, as my legs cried in agony. A bunch-sprint, I finished 8th

The Elimination Race, otherwise known as ‘The Devil’, was my second race of the evening and the results were better. I stayed in the race until the final sprint, where two older men managed to beat me to the line respectively – So 3rd. My final race of the evening? The Points Race. I finished 3rd, to a Cat 1 and Cat 2 rider 🙂

As well as having a great training ride, my Vision Metron-trispoke wheel arrived too!! A short ride before tea, I quickly set off afterwards towards the hills. I have become used to ascending and descending Worlaby Hill, and so I decided to have a crack at the downhill KOM. Averaging 35.8 mph over the twisty descent, I took the KOM by 2 seconds, reaching a max. speed of 41.2 mph. 40 good solid miles, along with 3,500 ft of climbing 🙂 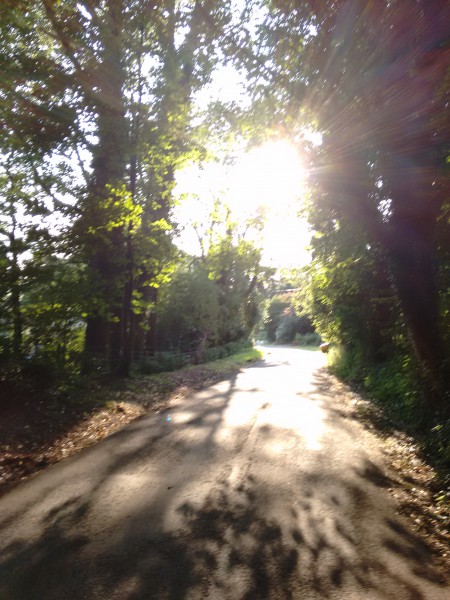 Now this evening of track racing was epic!

The evening started off with the Senior 5k Block Handicap. With the Men Bs starting on one side of the track, and Men As starting on the other, it would be up to the Men As to catch the Bs, from where the win would be contested from both groups. As in most cases, the Men As caught the Bs. Flying around the track, I managed to get into the slipstream of a rider in front. Gritting teeth, I snatched 3rd on the line 🙂

Feeling good, I started the Points Race by taking 1st place in the first sprint of many. I continued this streak of maximum points throughout the intense race, and dominated the race. I finished with a total of 16 points; second, a top Cat. A rider, finished with 7 points, and third finished with 4 points respectively!

My third race out of four, was the Senior Unknown Distance – A race where the the distance is not known by the riders, and first across the line wins, etc. With Men As and Men Bs racing together, I knew that this race would be fast, and challenging, especially on the penultimate lap. The tension grows throughout the race, as riders anticipate the ringing of the bell. Suddenly, the bell rings as we approach the home-straight, signifying the last lap and the riders nail it! Surging past other riders who were not as quick to respond, I quickly approach the end of the back-straight. Now in 3rd, I continue to push but I stayed in 3rd in the sprint for the line with David Bolland, a Cat. 1 rider; Julian Pearson, an Elite rider, took the win.

My fourth and final race was the Senior 10 mile Scratch. A fast race, I positioned myself well throughout. A little tired from the previous races, I was unsure whether I would be able to finish top-five, with again, Men As racing. However, it seemed that my endurance helped and I finished fourth to an Elite rider, a Cat. 1 rider and a Cat.3 rider – A great end to a great evening! 🙂

It seems that fatigue affects my ability to maintain high-speeds, and this was evident at Trent Valley’s 8 mile time trial. The first 2 miles were with backwind, and my average speed was good (25.8 mph). However, this was not to last. Approaching the Trent bank, I struggled to put out the same power, and the same speed. I did spot a Buzzard though, which was feeding on a catch beside the road – I probably got within 3 metres of it!

I finished the race with a time of 20:58 – A little disappointed, but I realised that all of this was making myself stronger, and more powerful for the future 😉

Hoping to improve from my last race, I rode out to Barton Wheelers HQ, situated between Elsham and Barton-upon-Humber. I decided to do this time trial on my road bike instead of my time trial bike and kit, because I wanted to train hard and fast on the road bike, as if I were breaking away from a peloton in a road race. So, I would be racing with no aero helmet, TT bike or time trial bars. Setting off, I pushed hard. The first 2 miles are noticeably uphill, and I wanted to get these 2 miles done quickly. Averaging 23.4 mph to the tower, I swung around the 90° turn, and nailed it out the other side. I averaged 28.2 mph for next 1.5 miles, clocking a max. speed of 31.5 mph. Occasionally touching 30 mph, I averaged 27 mph from the tower to Wooton junction.

The next part of the course is also hard – The winds are unpredictable, and the undulating gradient lowers your moving speed. I was pushing really, really hard – From feeling hot with the exercise, I somehow started to have goosebumps! I was slightly dizzy with the effort, but there was no possibility that would slow me down. Spinning away in the final parts of the course, I crossed the line, relieved that the effort was over.

My time for the ten miles was 24:04 – Approximately 25 mph average. I was very pleased with my performance 🙂

Held at Kart PFI, the course looked pretty interesting. We looped back on ourselves, and crossed over the track via a bridge. A fast race, I averaged 24.4 mph for the race. A few attacks from riders looked like they may succeed, but their efforts were in vain. Ending with a bunch sprint, I finished sixth. I wasn’t pleased with my performance, because I felt that I should have been in the top-3.

Riding over to Lincsquad’s annual Hill Climb in Burton-upon-Stather, this event was just a bit of fun 😀

Riding down the hill to HQ, I realised how steep the climb really was (It’s very steep)! After a bit of banter with other Lincsquadders, it would soon be my turn to drive myself up this hill as fast as possible. I completed the course in 1:27 – I am not pleased with the performance, but not disappointed either. Placed joint 5th overall, I was fairly pleased with the result. It was great fun, and I also improved my 1 minute power record too by 28 watts, to 508 watts 🙂 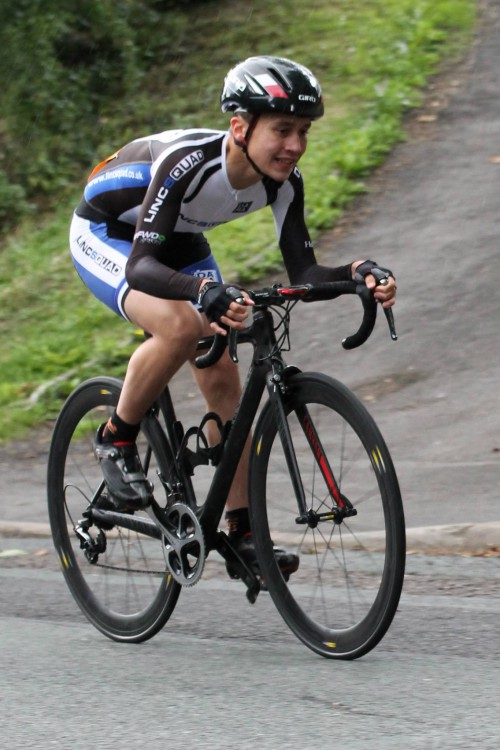